Paul Dugan reflects on 'devastating' loss of his wife, who had Alzheimer's 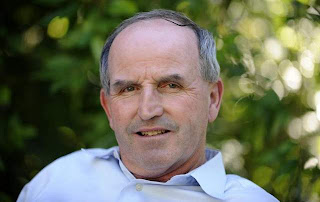 Paul Dugan was one of the first people I spoke to when asking about the care facility he placed his wife in. I had no other place to turn to when I began the process of getting full custody of my grandma who was knee deep in her Alzheimer's (2011). He shared with me and my husband how hard it was to place in wife in care, but also knew it would help her by having 24/7 care. I will be forever grateful to him that I was able to reach out and ask him about care facilities here in Reno and talk to him about his experience with his wife, and was able to share with him what I was going through with my grandma. In the three part series of stories the Reno Gazette Journal covered Paul's story of loosing his wife to Alzheimer's.  It's touching, and sad as I remember hearing some of these words first hand from Paul when he lost his wife.


Paul Dugan remembers the day he learned his wife, a 57-year-old Reno elementary school counselor, had early-onset Alzheimer’s.
“I’ll never forget when they first told me Susan had it,” said Dugan, a former Washoe County School District’s superintendent. “I said, ‘How long are we looking at?’ And the answer I got was, ‘Two to 20 years.’ Fortunately for everyone, it was not that long.”
Susan Dugan was diagnosed with the disease in December 2007. She died on March 2, 2010, just a little more than two years later.
“The emotional toll of losing someone you love very much is devastating,” Dugan said of the woman who had been his college sweetheart and was his wife for 39 years.
But Alzheimer’s is an insidious disease that can rob people of their lives for many years before it destroys their bodies.
“She had no idea of who I was long before she passed away,” Dugan said of his wife. “For the last six to eight months, she basically had become a vegetable, and for our son, James, it was even more difficult.”
Dugan had retired after 26 years as Washoe County’s school superintendent in 2009, the year he put his wife in a Reno facility that cares for people with Alzheimer’s and other forms of dementia.
“Unfortunately, the type of care you can find and the ease with which you can find it is relative to your income,” Dugan said. “When I put Susan in a care facility, it cost over $6,000 a month, and (medical) insurance doesn’t cover that.”
Caregiver support
The emotional and financial stress of Alzheimer’s often claims two victims, Dugan said.
“One of the real tragedies is, oftentimes, you hear about the caregivers dying before the people they are caring for do,” he said.
“If you are the caregiver and you are doing it all on your own, it takes an unbelievable toll because it is non-stop. You can’t take a break or leave that person alone even for a little while unless you have some support from family or friends,” Dugan said.
“And the requirements of taking care of them as the disease progresses is significant, from getting them showered and dressed to basically caring for them like a child.”
Jacob Harmon, regional director for the Alzheimer’s Association of Northern Nevada, said that, according to national estimates, from 60 to 70 percent of the people who care for Alzheimer’s patients die before they do.
In addition to the financial and emotional stress, caregivers often can’t take relatives with Alzheimer’s outside the home because they become afraid of places and faces, even those that were once familiar, Harmon said.
“So the biggest problem for the caregiver is they feel isolated,” he said. “What happens, particularly with a caregiver who is the elderly spouse of someone with Alzheimer’s, is they don’t get out to socialize or get exercise, and they eat poorly or stop eating.”
One of the priorities of the Alzheimer’s Association of Northern Nevada is to increase support to caregivers, Harmon said.
“We try to provide caregivers with the information and support they need not only to take care of the person with dementia whom they love, but also to take care of them.”

Before Susan Dugan died, Paul Dugan became involved with the Alzheimer’s Association of Northern Nevada and chaired the 2009 Reno/Sparks Memory Walk to raise funds for Alzheimer’s research.
“Obviously, everyone’s hope is not so much early identification of the disease but for a cure,” said Dugan, who now lives in Portland, Ore., with his wife Sherry Miceli, whom he married two years ago.
Now 63, Dugan continues to take part in Portland’s annual walk-a-thon to raise funds for Alzheimer’s research. He also facilitates an Alzheimer’s support group in Beaverton, Ore.
“For so many years, the emphasis has been on funding research for a number of other diseases, which are all worthy causes,” Dugan said. “But I think as more and more of us become elderly and have to deal with Alzheimer’s in one way or another, that it is getting more attention.”
He said more funding for research is the key.
“I think an equally important piece is the need to develop a plan of assistance for people dealing with this disease who don’t have the financial wherewithal to sustain it,” Dugan said. “I think there needs to be more recognition by the medical health insurance industry regarding this disease.”